The Surprising effect of Emotional Energy in the Lego Masters 2021 Grand Finale!

The ambitious builds caught my husbands attention and he drew me into watching the Lego Masters 2021 Grande Finale.  We watched in amazement at the expression of creativity through lego and the scale of the builds.

Our favourite was the Scott and Owen's build - mining the forest vs saving the forest.  There was so much detail in this build and it had an Avatar feel to it.  It was summed up as a three part trilogy in one build.

The time is up, the builds are finished.  The public votes, the Brickman allocates his hundred votes and now we're watching the announcement.  Third, Gabby and Ryan with their revolving 4 part circus.

The winners, Gus and David with a nature scene - deers drinking from a stream in the forest, so idyllic there should have been fairies in the detail, instead wolves are waiting in the background preparring to pounce.

This got me thinking.  What happened here?

In my opinion this is a really fascinating looking into the power of our inherant and automatic recognition of emotional energy.  After all, we are all emotional creatures.

Gabby and Ryan's build was fun, lively and called imaginations into a bustling, crowded circus.  The kind of lively, exciting, fun filled circus that we feel may have been lost forever because of covid.   For me I couldn't pick which emotion the circus scene created within me, which meant I didn't feel a strong connection to it.  Also, most people feel some kind of negative emotion about the restriction of circus and festival experiences due to covid. 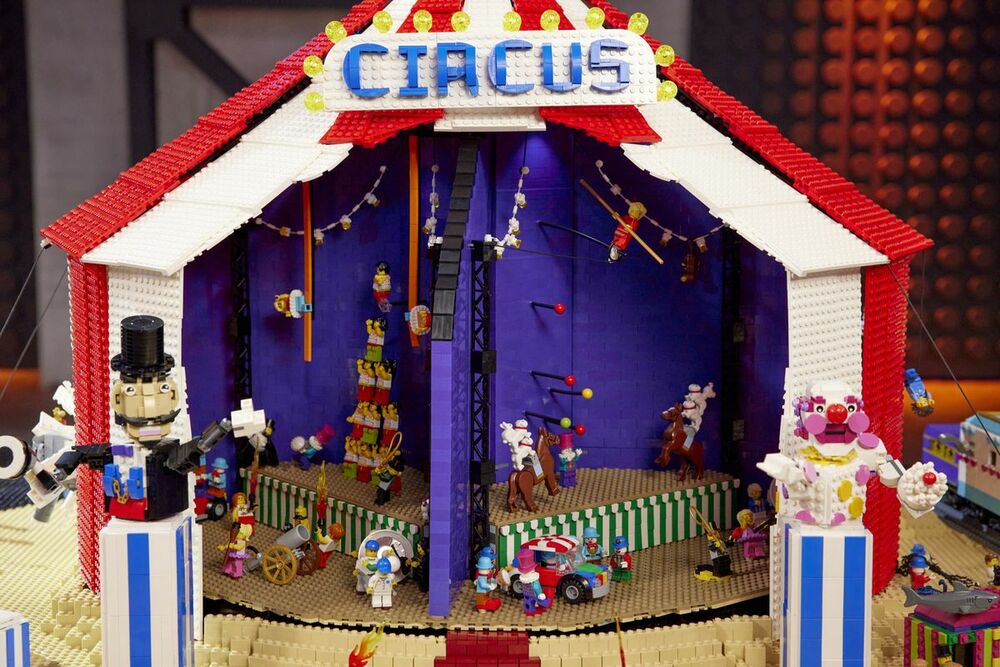 Which leaves the question, why did the deer scene win out over the good vs evil scene?  Well I've given the clue away already, but let me explain.

We relate to emotional energy ...personally

Both builds were incredibly artistic and both held beauty and fear within them.

The deer scene was so lifelike that even through television you felt drawn into the scene, like a momentary experience if being there in the woods.  It reminded me of a brilliant childrens book that builds the scene in the readers mind so vividly that the reader feels present in the scene.  The artistry in the build was exceptional, I didn't think such things could be expressed through lego. 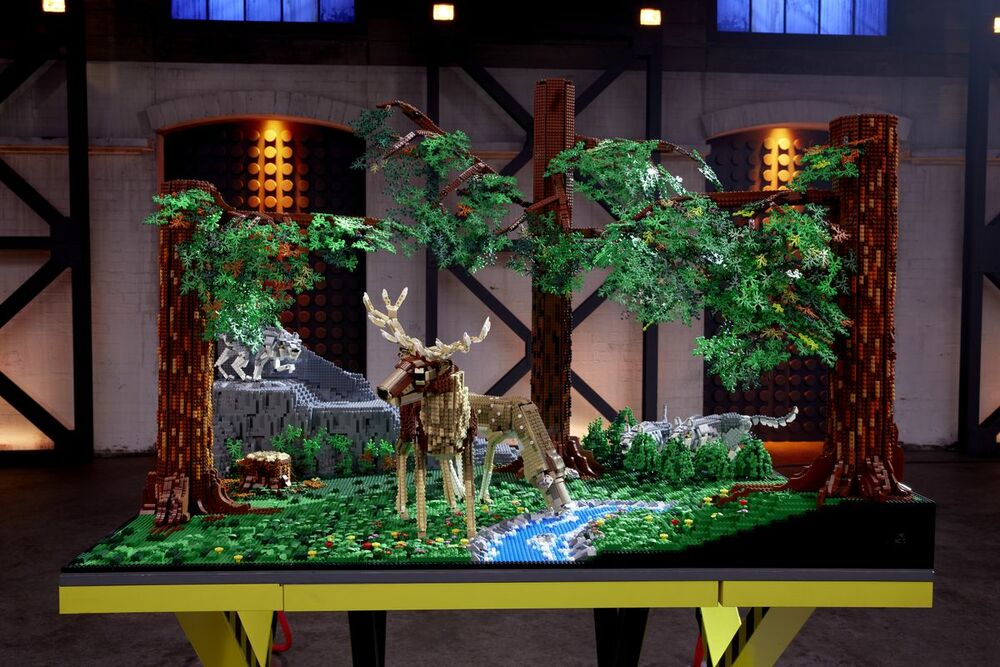 However, I didn't think the artistry in the deer build was more exceptional than the artistry in the mining the forest vs saving the forest.  The fanciful imagination in this build was outstanding, at the level of the epic Avatar Movie, it really was.  Giant Tree's coming to life to defend themselves against the small human miners who wanted to tear them down for the resources below.  Above the forest was a wizard building a vortex of energy that was streaming over the forest repelling the mining machinery.  The giant dozer the miners had brought in to destroy the forest was large, overbearing and demanding of attention despite being grey, black and orange.  Then on a second look, you could see they'd already recklessly drilled through the mountain leaving you feeling like the positive energy from the wizard was a little to late.

So why did the deer scene win?

Well maybe the better question is why didn't the mining scene win?   Everyone could instantly connect to it and it brought forth an instant emotional recognition of good vs evil.  But that was the problem.  The build was tapping into our collective fear that good won't beat evil....... it leaves us feeling various negative emotions and it raises within us a worry we all feel at all levels - the world at large, our local environments, law enforcement, legal representation and even our own health.  So although we could connect with the scene and recognised the importance of the scene it left us with lower energy levels because it triggered a buried fear we all worry about at some point. 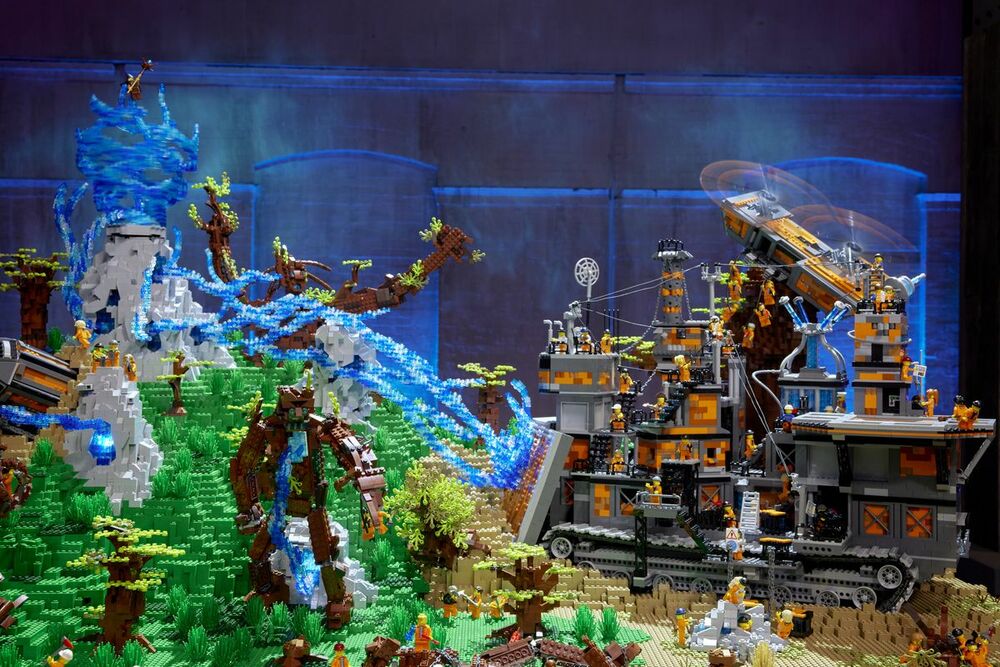 Perhaps Scott and Owen wanted to build a scene like this because here in Australia mining is a huge issue and threat to our wonderful natural environment.  However, our nation's economy runs on mining and most Australian's won't take actions against it, which essentially leaves it up to the forest to defend itself.  This scene, though fanciful and epic, was highly relevant and left us feeling torn and shredded, just like nature is after it's been mined.

Did that leave the deer scene as the default winner?  No, not at all.

Through the charactures of the animals Gus and David had magically been able to create energy in motion in a still scene.  This scene also contained fear - the wolves were preparing to eat the deer for lunch!  But it didn't generate the same kind of difficult emotions as the mining scene becuase it was nature.

Somehow as humans we can accept that this is what happens in nature, it doesn't seem nice, but that's how it is.  So this scene is far easier to accept than the mining scene.  It didn't trigger in us a fear that related to our own hopes and dreams for the future.  Instead, it swept us up and took us into nature, our hearts held the the fate of deer and the beauty of the scene all at once.  It was a truly remarkable artwork.

I was so glad that I was drawn into watching the Lego Masters finale.  To me it was a brilliant opportunity to see how we relate to powerful expressions of creativity through our emotional responses.

-all images care of Nine-

Older Everyone is Angry about something...
Newer Living in Wholeheartedness