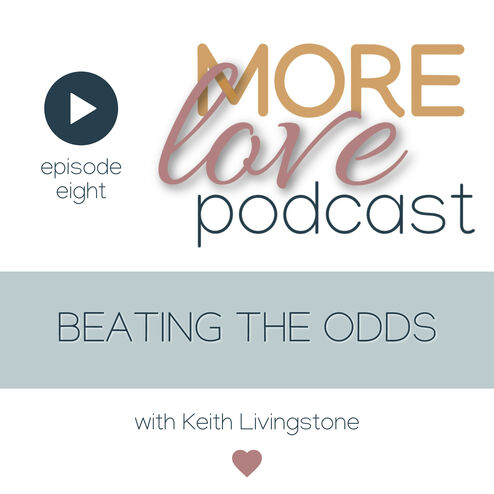 In July 2007 Keith collapsed suddenly while writing a report in his newly built and heavily-financed chiropractic office in Bendigo, Victoria, Australia.

He’d had a grand mal seizure.

His life changed in a moment.

The apparently healthy, successful chiropractor, with a family of four and one on the way found himself facing neurosurgery in hospital in Melbourne.

“When I rang my great childhood friend Gavin on the eve of my first surgery, I apparently rang him to say “Goodbye,” as there was no iron-clad guarantee I’d come out of surgery neurologically intact, or even alive.”

Keith wasn’t about to give up.

He decided he was going to live to see his fifth child and watch that child grow up.  He knew that he was the only one who could change his life.

He formulated his survival plan and sticks to it.

“At the end of the day I decided it was up to me.  You can pray all you like, to a divinity that you might or might not believe in, you can do all those things, but at the end of the day, unless you’re prepared to take real world steps to look after your health, very practical things and that includes excluding all negative thoughts, then you’re not going to get anywhere.  So, what I did was formulate my own survival plan.”

Listen to this podcast episode to hear the most important parts of Keith’s successful survival plan.

In this episode you’ll be able to tap into Keith’s spiritual strength, he outlines his key’s to spiritual growth and he explains what he does to feel empowered.

If you want more, read his book, the first thing you’ll discover is how he did more of what makes him happy and how that made him healthier, plus much, much more.

Keith outlined all the details of his experience, his life and his plan in his second book titled 'Staring Down the Beast - How I enjoyed myself well from a brain tumour death sentence'.

His first book has made a massive contribution to recording Arthur Lydiard's long distance running training techniques.   You can find that book, titled 'Healthy Intelligent Training - the proven principles of Arthur Lydiard' here.

To connect with Keith: